How can four separate lectures be delivered to eighty students, simultaneously, in one lab space without causing confusion or distraction?

Have a similar project in mind?

Faculty of Medical Sciences is one of the fastest growing faculties at ARU. As reputation grows and newer courses introduced, two concurrent challenges had to be addressed.

› The demand for available teaching spaces has multiplied significantly. 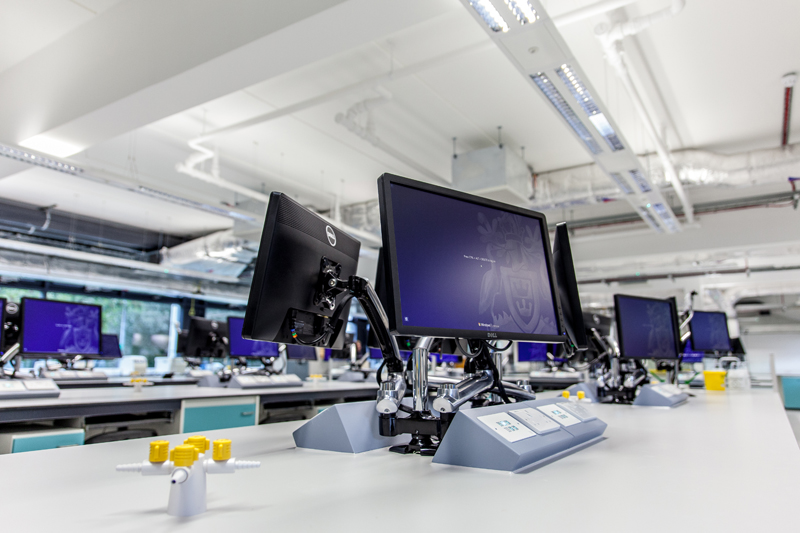 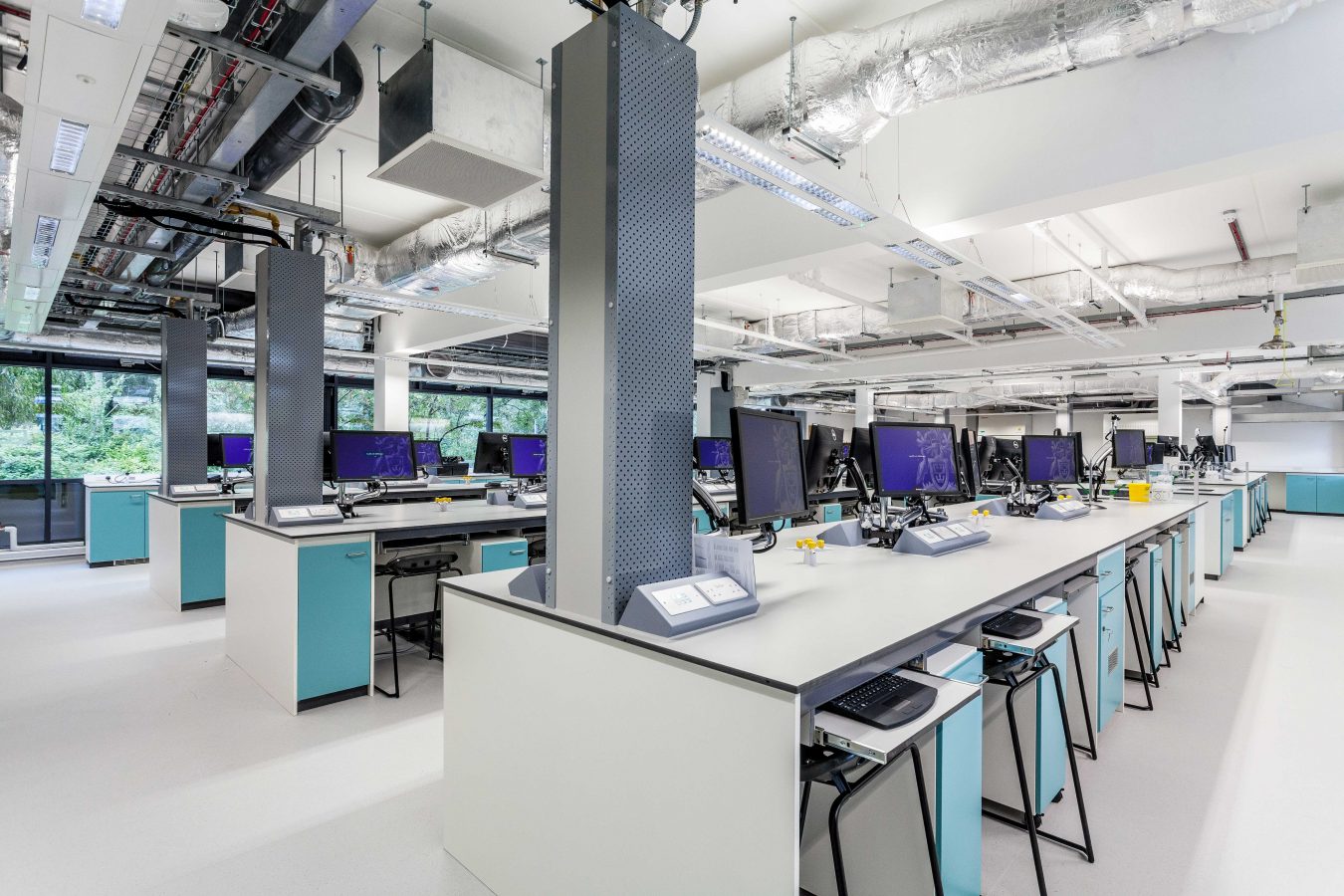 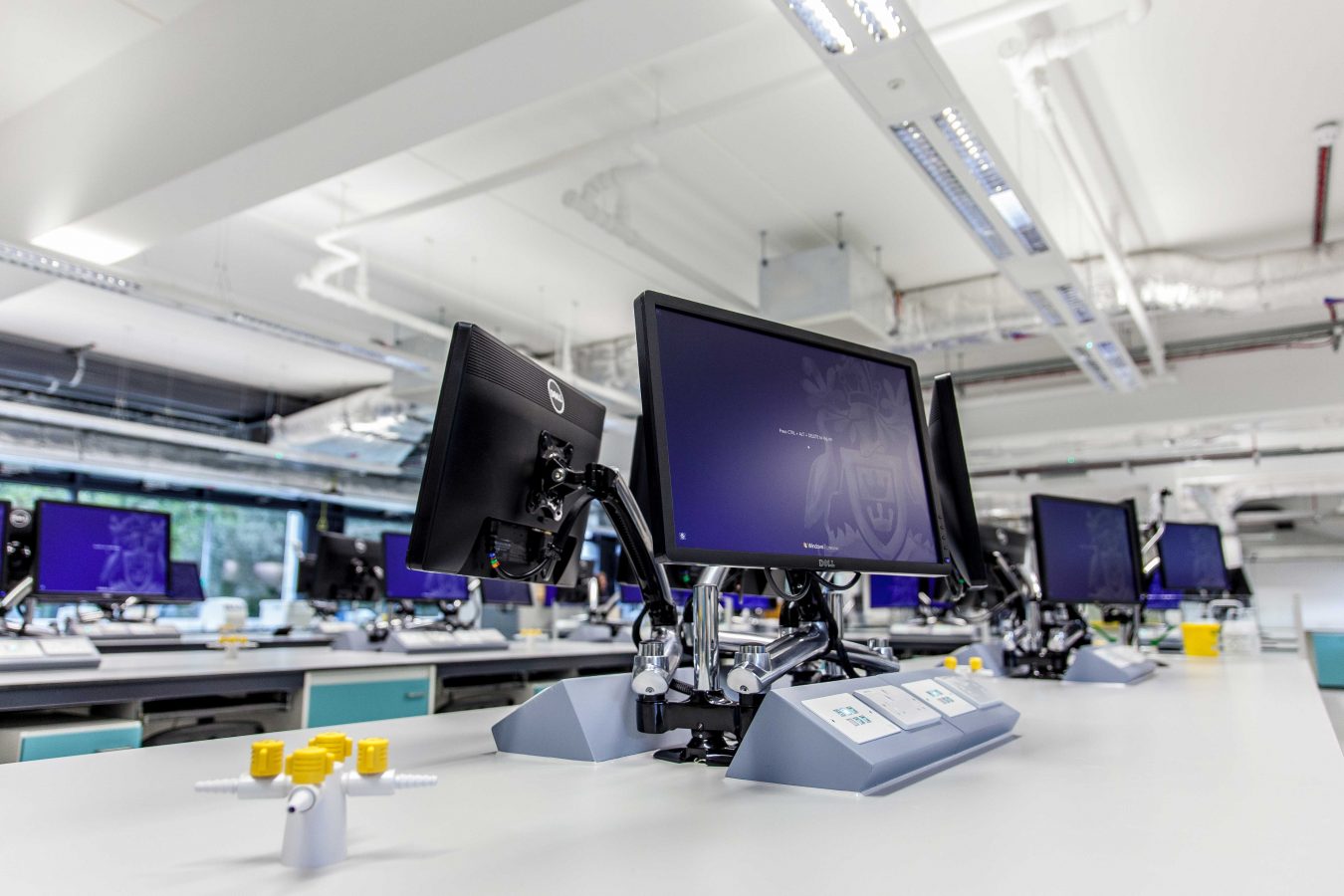 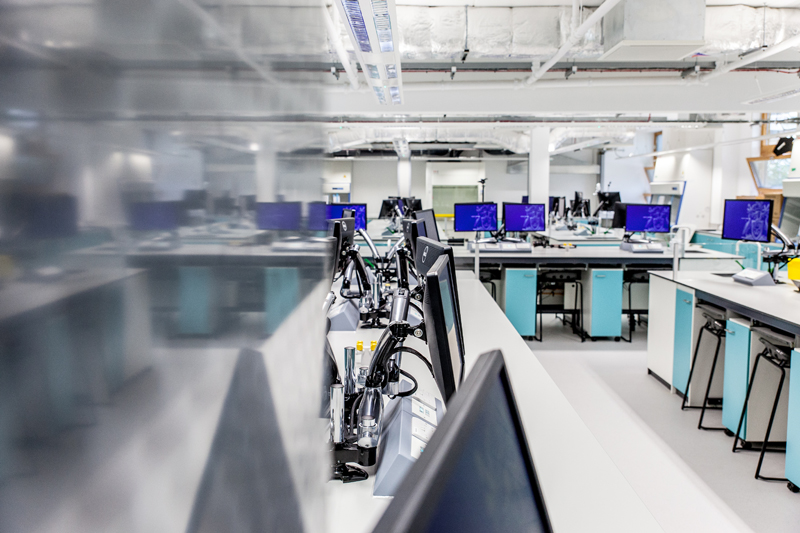 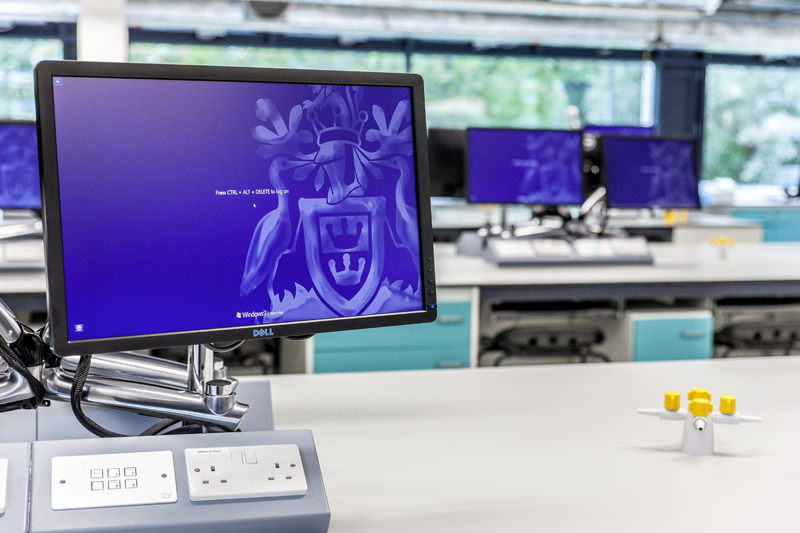 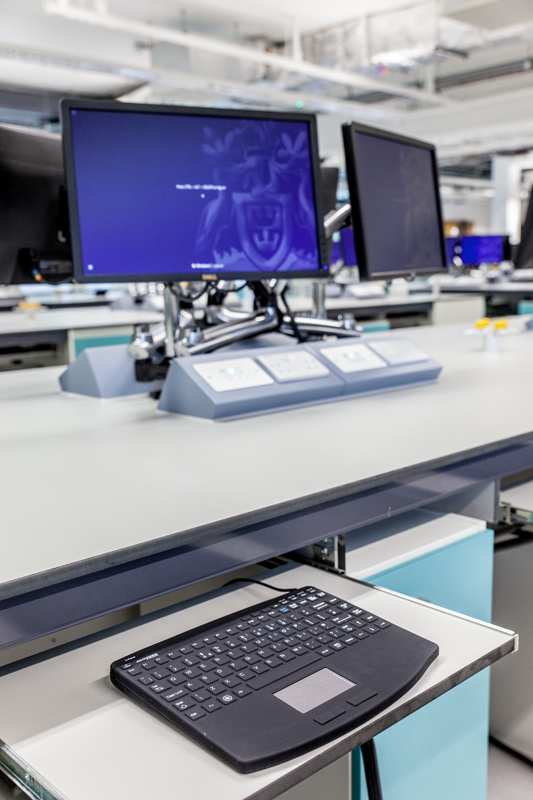 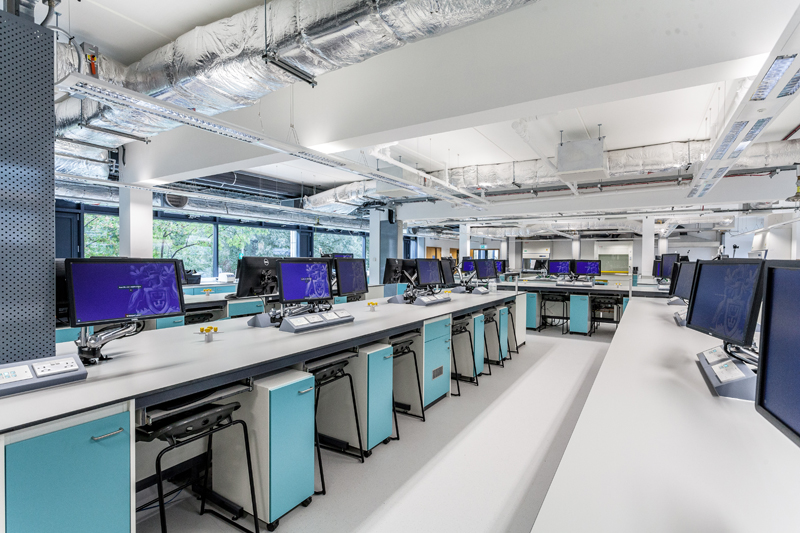 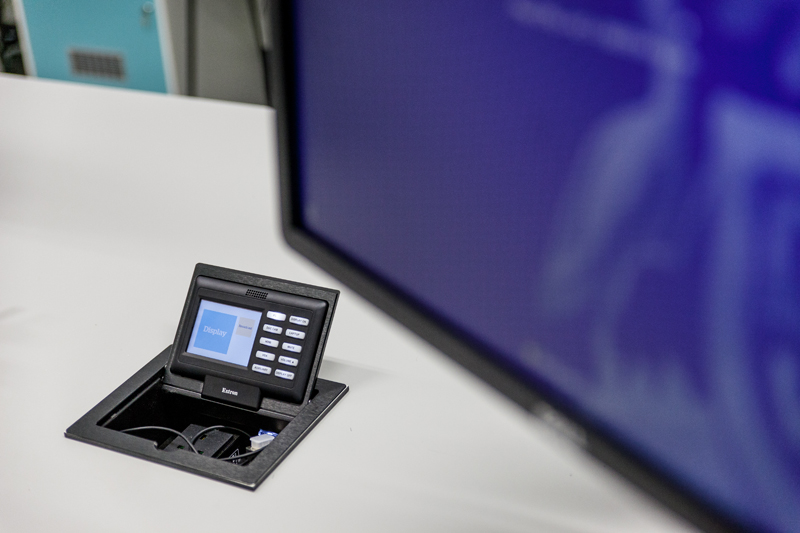 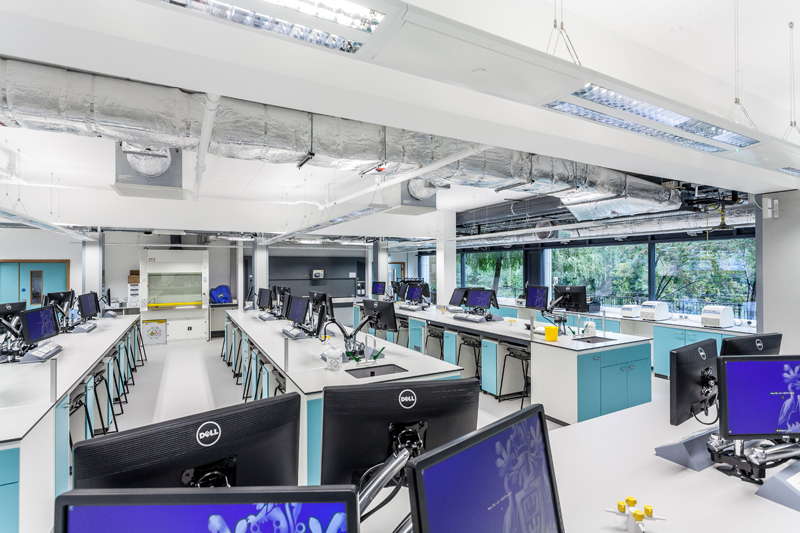 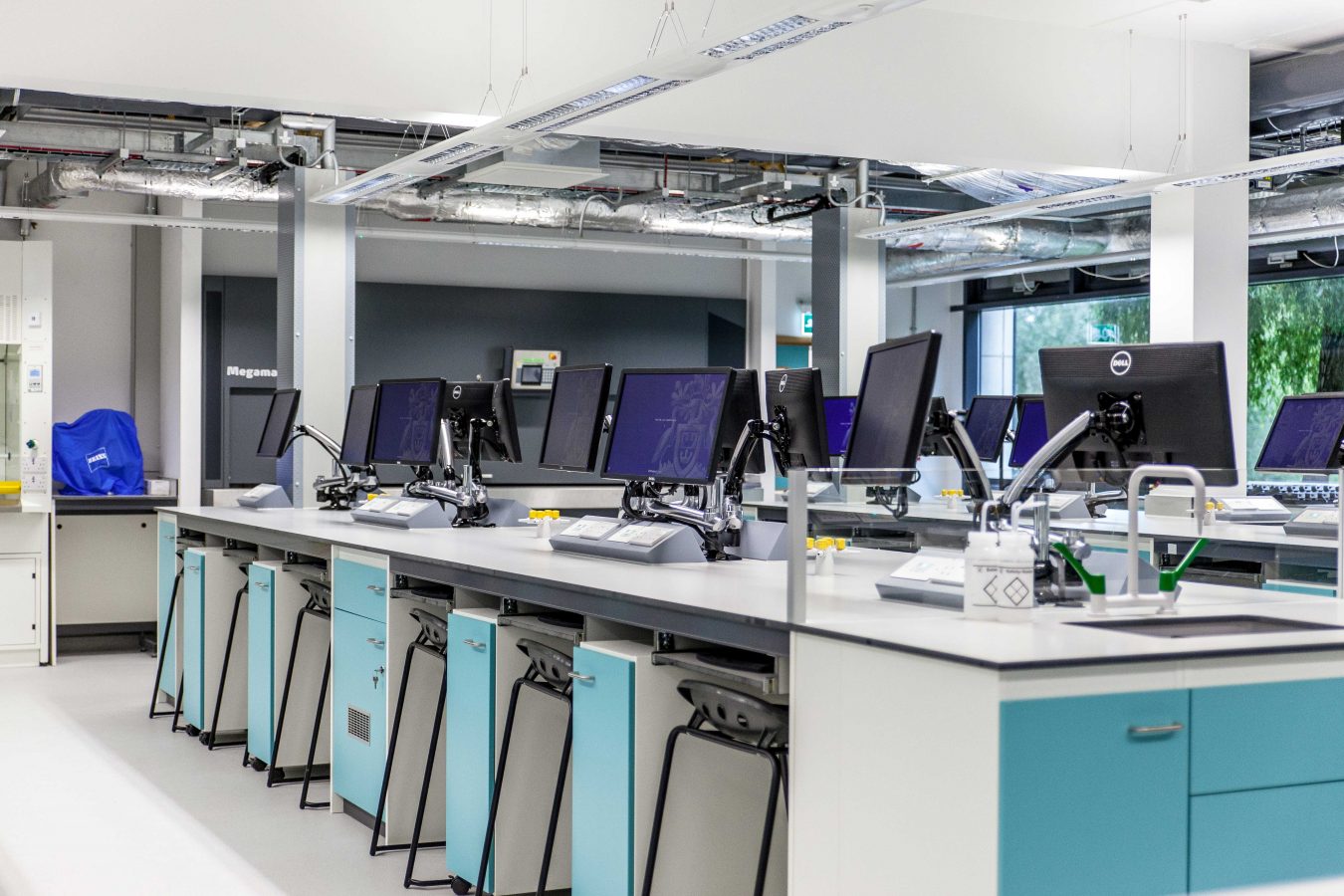 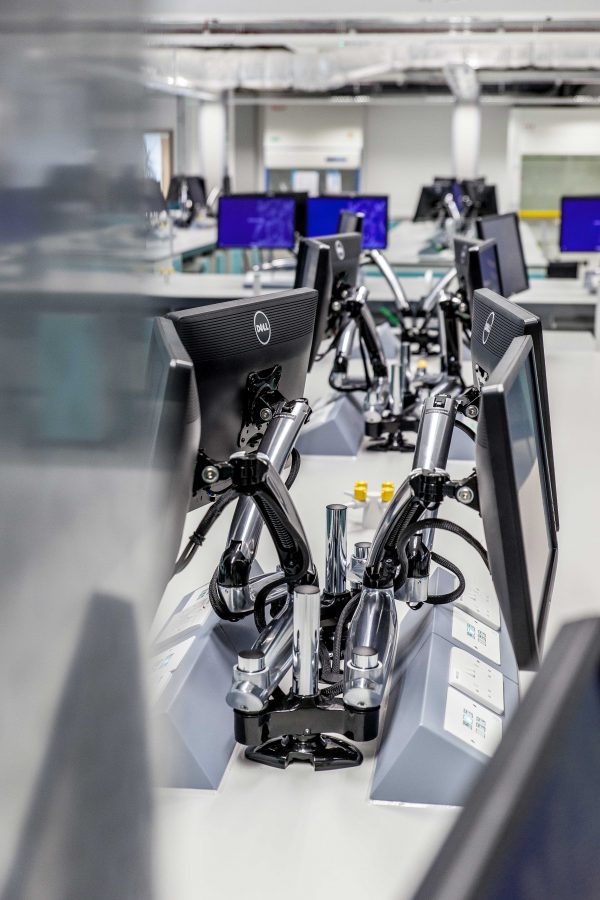 Remodelling three labs into one large laboratory space delivering up to four separate lectures to eighty students, at the same time, even though students may not be seated at the same bench as their respective lecturers.

Particular emphasis was placed on systems design for greater flexibility in use of the space. Once a lecturer starts a session at their designated control panel, students can choose the same channel to begin receiving lecturer video and audio feeds.

Lecturers can exhibit live lab experiments using a GoPro Hero 4 camera (their rugged build was judged ideal for a Science lab), alongside a desktop webcam (students also have a Picture-in-Picture option at their own stations). Lecturers can also play video and/or audio content from a desktop PC (HDMI/VGA output) at their station or a Laptop.

To allow greater capabilities for instructional learning, the infrastructure supports lecturer audio alongside Laptop/PC content shared with students (for example, lecturer’s live commentary while students watch a YouTube clip played by the lecturer on their individual displays).

Server Room in a Box

There was the lack of dedicated space for an IT hub and a vast majority of equipment had to be accommodated within the lab itself. We found a solution in a noise proof and air-conditioned APC “server room in a box”, with the objective of minimising clutter and compromise on student’s desk space.

SuperLab, therefore, was not only a whole new way of teaching but also a project with limitless scope for innovation in design, systems integration and miniaturisation, particularly with respect to customisation in collaboration with specialist suppliers.

› Fully-functional science laboratory; teaching space for up to eighty students.

› Open ceiling access to utilities such as gas, water andelectricity.

› Reduced operating cost compared to multiple teaching spaces, each with their own AV maintenance/operation costs.

› Brand new teaching space, which is first of its kind in UK.

“Superlab has had a clear impact on the course of our future business plan, as it has allowed us to bring in higher student footfall in a range of disciplines that we could not previously accommodate alongside existing courses. This allies directly with our business development plans, and we see it as the first major step in a grand plan to extend our offerings in laboratory based and medical courses”.

Learn more about how Superlab works. 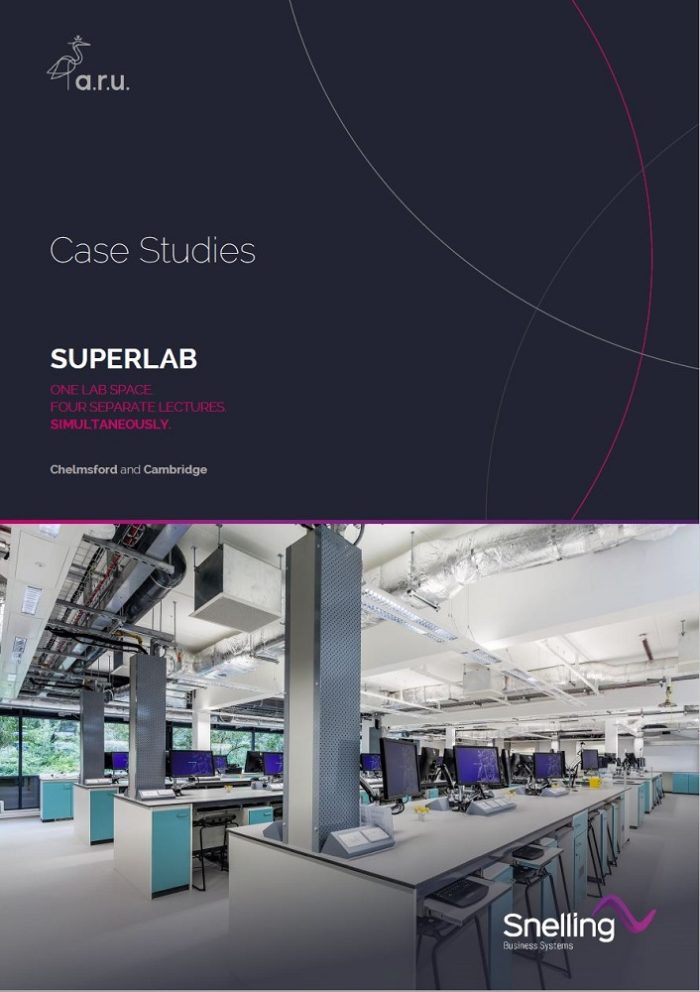