Have a project proposal to discuss?

Give us a call

23 Old Bond Street is a unique and multi-sensory journey, which provides a fluid and reactive canvas for the collections amidst the artistic, graphic and sound installations.

Such an experience, however, merits a discreet (almost invisible) installation of AV hardware, and circumvent the challenges posed by the restrictions of building design and its listed status. 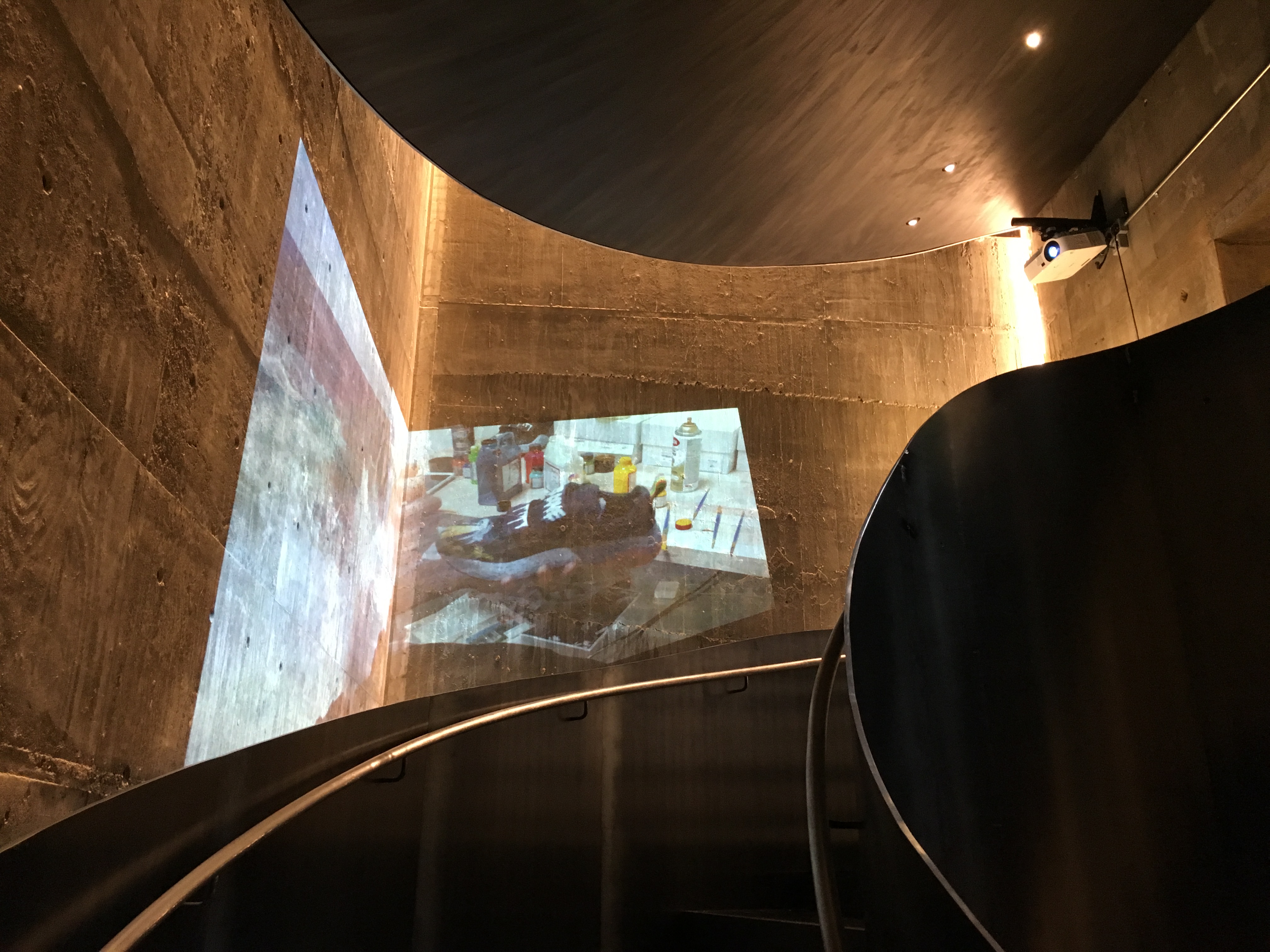 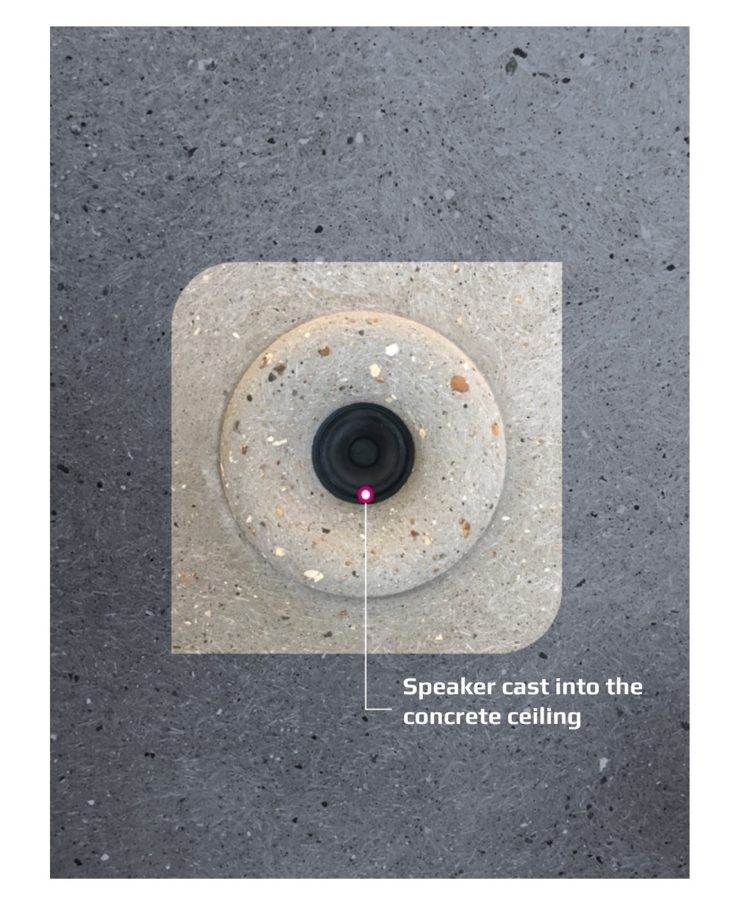 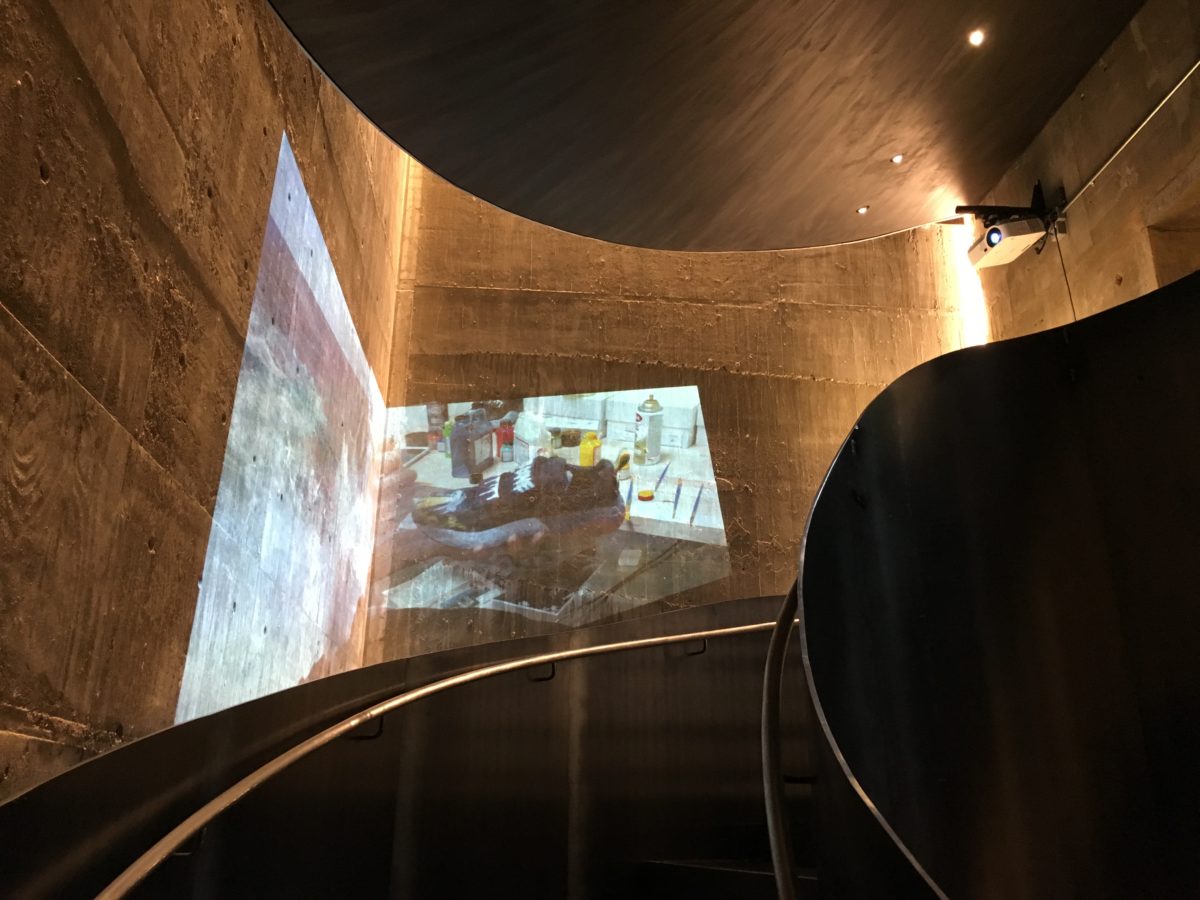 Sound is distributed and processed via a Crestron DSP solution. Each DSP provides a 12 x 8 audio digital sound processor and can be linked together.

The changing rooms and corridors use Extron and have up to 8 different audio sources processed via the Crestron DSP and amplifiers. The system can also be controlled using Crestron app on an iPad – Staff can walk through the store and change the volume in each zone independently.

The stairwell entices guests to follow the sound from a large Bowers & Wilkins speaker cast into the concrete ceiling to form the shape of large concrete speaker. Similarly, the kids zone has cartoon and ‘Bob The Builder’ tunes through the speakers.

The ceiling-mounted LCD projectors project onto the floor of the ground floor lift lobby via a vertical ceiling mount. The projector is driven by a video server located in the AV rack which relays the signal to the projector over CAT6 using Extron DTP extenders.

The audio output from the DTP Extender or projector will input to a Spotphonics Powerstyle speaker which has its own mini amplifier. The speaker is located just near the projector.

In addition, cabling has been allowed for 2 VIP Lounge video zones for future augmentations.

Have a question or two? Get in touch with us. 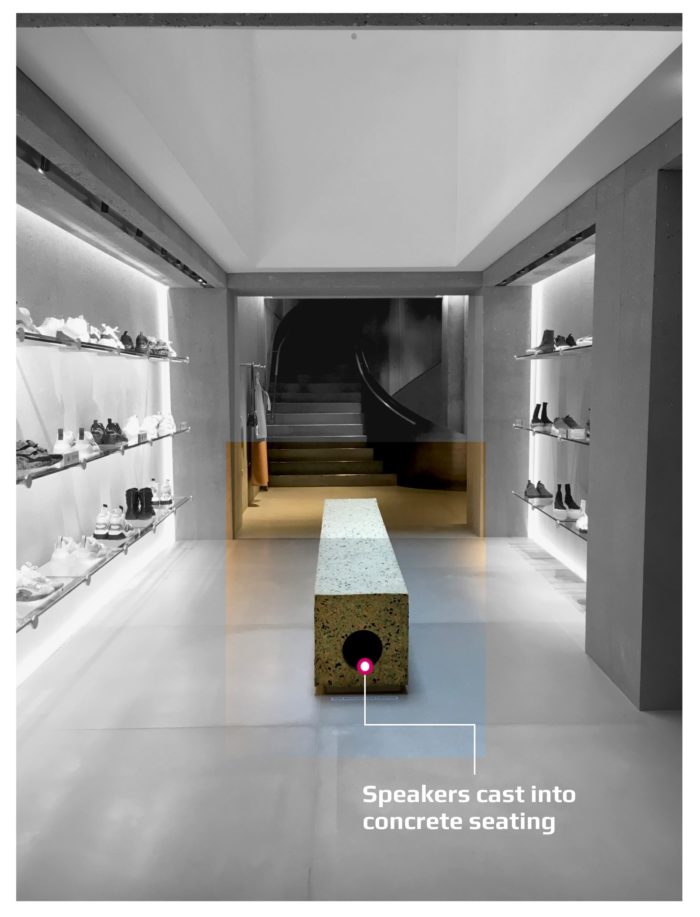 One round space be transformed into an open access digital gallery capable of choreographing multiple exhibits simultaneously, yet operable from a single console by users with little or no technical background?

AV Systems deliver a wide range of public events in a curved auditorium?